In many old homes, fuseboxes (called Consumer Units in the trade) can be vintage artifacts of a bygone era. They can also be incredibly dangerous too. They can be fires waiting to happen. Many customers know this, take a peak, and leave it well alone. People often think it is incredibly expensive to replace them and bring them up to modern standards, yet for a qualified electrician like me it isn’t a particularly difficult job.

One of the benefits up upgrading the consumer unit to a modern one meeting present day standards is that is also an opportunity, in fact a necessity, to test the rest of the wiring that goes into it. Examining the wiring is rather like an archaeological dig. You tend to discover a history of either people who took incredible pride in their job, or as often is the case, a scary series of make do fixes that just about hold together.

I was called to upgrade a consumer unit in Norwich because the wiring had been condemned and someone wanted to live in the house without the worry of it bursting into flames.

The old consumer unit with the case on. 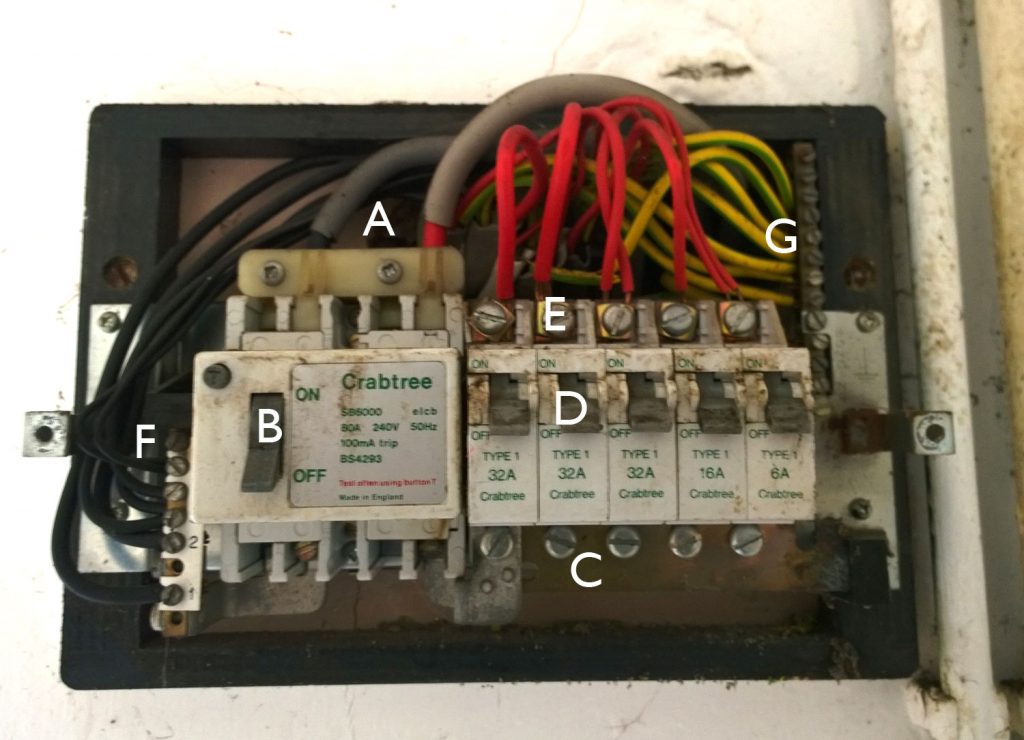 An older style consumer unit, not the worst example I’ve seen either!

A Quick Tour of the Fusebox

First of all, any electrical circuit in a house has live, neutral and earth conductors. Live essentially feeds something (like a lightbulb) shown in the older style red colour, the neutral (black in this case) completes the circuit and runs from the item back to the consumer unit – therefore completing the circuit. The earth (yellow/green) is a protective conductor which in the case of a faulty will take the current away from are of fault back to earth, therefore protecting a person from that current running through them instead.  Whilst modern colours are brown for live and blue for neutral, the principles remain the same.

This is just a simple explanation of a domestic consumer unit.

In with the new!

Whilst I am not gong to discuss all the faults with this particular unit, and the faults found within the wiring around the property, needless to say that replacing it requires an electrician to test all the aspects of the installation.

The reason for doing this is to ensure a new consumer unit is not installed whilst faults still remain within the house. 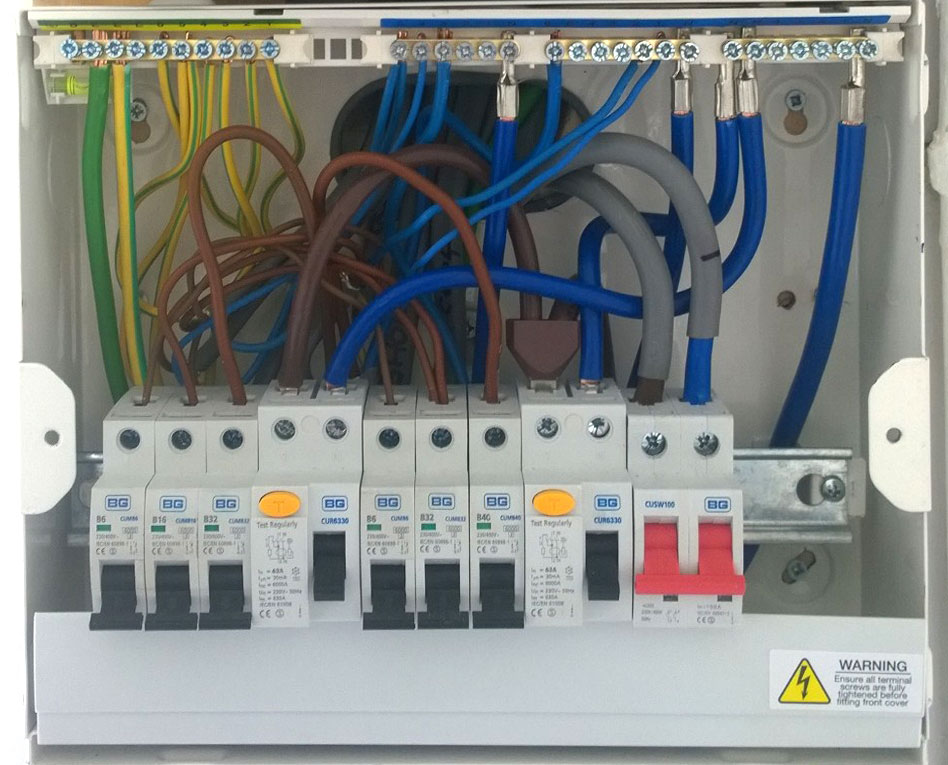 Before commissioning this unit, I first had to fix various problems with the circuits, fixtures and fittings. Whilst all of the circuits were deemed acceptable within parameters laid down, the main ring circuit showed a significant difference to the others, suggesting somewhere there was a minor fault. It took a few days to finally isolate it, but the fault was simply down to a damaged cable (probably down to a workman’s powertool at some stage).

What the Customer Said

Brilliant job! Martin did the job spot on budget, on time and efficiently. He obviously took pride in his work and went way beyond what he was originally called in to do at no extra cost!

If you would like me to look at replacing your consumer unit with one that is safe and meets modern-day standards, do give me a call.

« Previous post link Wiring Up a Plug – You dont need an electrician!
Installing a Super-Useful Outside Socket » Next post link